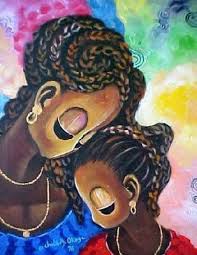 My last birth experience was epic.  And yes, it is the last, I am just fat in the worst places.  After months of stress and pain, the big day was here.  It was my first experience with partial anaesthesia so I was able to hear the baby’s first cry and see her as soon as she was out of her uterine home.  Everything was so bewildering that at first, I did not know what to think.  As she was taken away to be wrapped and attended to, my thoughts gained more clarity. Firstly, I was immensely relieved that we had both made it to the end of the pregnancy intact and alive.  The second thought was that I did not recognize her.  Yes, if I had not seen Baby daughter immediately after birth, I might have suspected she was not really mine.  She did not look like me, nor anyone I knew.  It felt strange.

Post operation, I was numb for a while yet all I wanted to do was to grab her from where she had been placed at my feet so I could have a more rigorous check.  Eventually I soon got the chance to get a proper look, but by then I was too tired, in pain and more concerned about breast feeding to give the matter of her looks much thought.

Soon her little darling face settled into a more recognizable likeness, that of her dad. Sigh.  I thought we may at least share a skin tone but even that was more a case of being initially colourless, it seems.  She eventually also acquired her dad’s dark hue.  As the months rolled sleeplessly by, as the milestones were reached in slow progression, I got resigned to the fact of my weak genes as I saw this tiny person’s stony stares and defiant manner. Definitely not me.

I got concerned when the 18th month rolled by and Baby daughter could still not walk. Any attempts to encourage her were met with such opposition that I began to fear for the next 18 years. The whole household soon learned not to mention this touchy subject. In fact, it was the gateman who knocked at my door one afternoon to urgently whisper that the baby had been seen walking at the neighbour’s home. We both sneaked quietly to the short wall that divided our apartments and watched her finally toddling to her friend’s inflatable swimming pool.  No need to make an appointment with an orthopaedist then, we could walk!

Then the most weird and touching of gifts came my way.  I know, several years from now when Baby daughter chances upon this blog post, she will give me grief for my considering it as something to be celebrated.  You see, my family is rather unique.  I am a single mother of three children who have different fathers and who come from different parts of the country.  Before you banish me from the village with a scarlet sign on my back, let me explain.  Big daughter’s dad passed on just after she was born, years later I adopted Small daughter from a babies’ home, and then I had Baby daughter in a relationship that did not last.  Now that confessions are out of the way, I must tell you that my children do not look like each other and neither do they look like me.  Not even Small daughter who, as a toddler, had a slight resemblance to me that confused the staff at the babies’ home.  My subliminal wish for a brood of mini-me’s was not to be fulfilled.

Then I noticed Baby daughter’s way of walking.  As she became firmly established in her ambulatory endeavour, and even begun to run a bit, I noticed something familiar.  Akin to the sight of a ship being swayed from side to side by rough seas, with her gait the little one definitely had something in common with me.  She had knock knees!

Now, I had always hated my knock knees, especially during the teenage years.  They made me look awkward in certain outfits, made me feel ungainly, and sometimes caused me to trip over myself. People would make fun of my gait then and some brave ones still do.  However, now, my momma’s heart sings when I see my little one’s feet turn inwards as she plays on my bed. I smile when I see how her legs fold outwards when she sits on the floor and I laugh when her elder sister tries to abandon her own lotus position to bend her legs the same way. I suspect that these knock knees may have made it difficult for her to start walking, and yes, she does trip over herself some times. But don’t blame me when I kiss her little knees and dress her up in colourful leggings to show them off.  Someone finally looks like me!